There’s a number of satellites launched by the European Space Agency that take images of Earth which are then sent to ground stations and made publicly available through the Copernicus Open Access Hub and its respective API.

In this post we’re focusing mainly on the data from Sentinel-2A and Sentinel-2B which were designed for multiple purposes, one of those purposes being land monitoring.

Here are some of the other satellites together with their launch dates and lifespans.

The Copernicus Hub has a data retention policy. The policy states that data is readily available for download for the past 12 months, and older data downloads can be triggered and downloaded within 24 hours.

The following libraries are required. We’re installing them through the conda package manager that comes with the Anaconda3 Python distribution. There’s a Windows installer and a Linux installer.

The nice part about Anaconda3 is that they offer curated versions of these packages and their package manager takes care of external libraries as well. This makes the install much easier, so fixes like the one I had to do for Geopandas here when it was installed directly from PyPi are not necessary anymore.

In order to install these, create a new environment, switch to it and then install the packages.

Summary of the full algorithm

The steps are the following:

One of the problems I noticed when dealing with the metadata returned by the Sentinel API was that it returns overlapping granules. This is because the overlapping images were actually taken on different orbits of the satellites over nearly the same area.

Furthermore, here’s a small table describing the types of images that you can expect to get back:

So in order to minimize the amount of data you download, we can decide which of the granules covering the area of interest we want to download (depending on the attributes of each granule). Reducing these images also helps later on with the other steps (the less images we’re joining/reprojecting, the less time it will take). 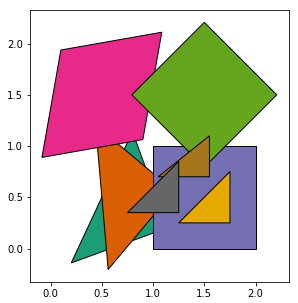 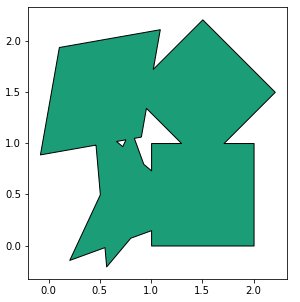 Figure 2. 2 Union of all polygons 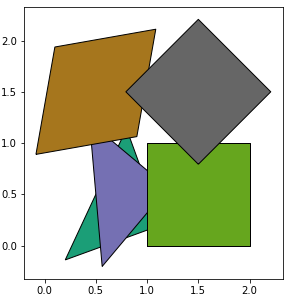 In the code below, ps is the set of polygons used as input.

The area of interest

The area of interest is a polygon (you can draw one yourself on geojson.io) that describes the final area we want clipped from the granules. Here are two examples, one of Cluj-Napoca, and the other of Madrid. 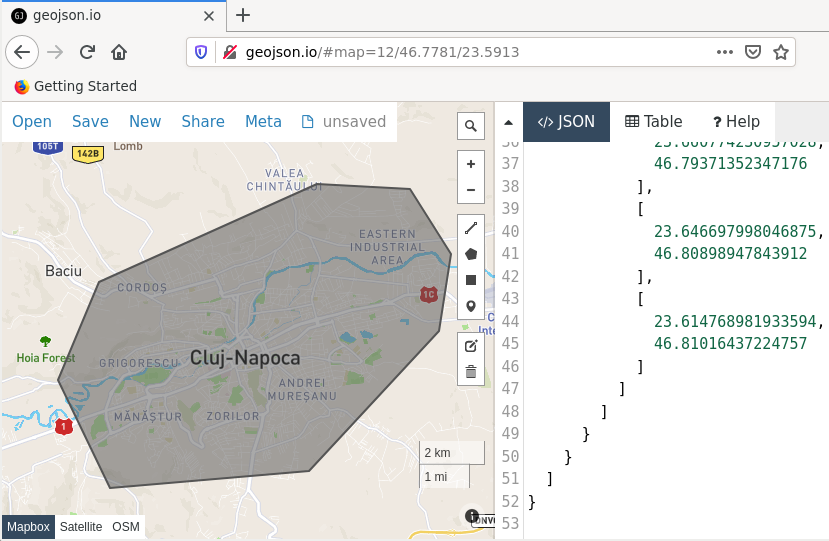 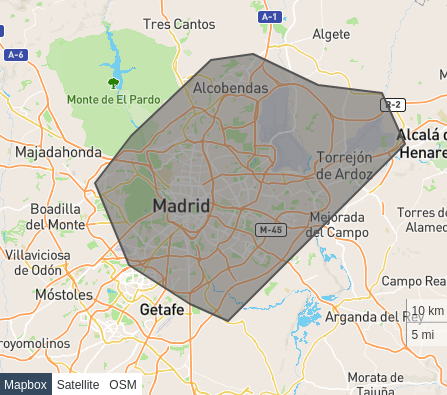 After going through the setup described above, and defining an area of interest, you can run the entire algorithm like so:

You can also use the --start_date and --end_date switches to only use images taken from a certain period.

The file auth.json has the following structure:

and you can get a username/password by creating an account here.

The dates at which the images were taken will matter, because even though the adjacent images will match (and you can see this by looking at rivers or roads continuing from one image to next one), the colors can differ a lot if the images were taken in different seasons (for example one in autumn and one during winter).

Here are results from intermediary and final steps (you can zoom-in a lot, they’re very large):